Recent news about COVID19 has impacted us all.  Our primary concern is the health and well being of all current servicemembers and their families, retirees, and members of the Organized Militia.

The Connecticut National Guard Foundation, Inc remains deeply committed to its support of those we serve.  We are seeing a dramatic increase in requests for financial assistance due to the impact of COVID19.

Please consider making a contribution to the Connecticut National Guard Foundation, Inc., to help us meet the needs of those we serve.  Your gift is tax-deductible and helps so many in need.  Please donate now.  Thank you.  Learn more about our urgent crisis appeal here.

The purpose of the SGT Felix M. Del Greco, Jr. Scholarship is to honor his memory by awarding  annual scholarship(s) to children of Connecticut Army National Guard members who are attending an accredited undergraduate degree program.

For students who are a son or daughter of a current member of the CT Army National Guard:

Apply & Get More Information at this Link 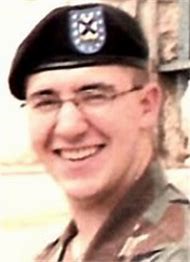 The SGT Felix M. Del Greco, Jr  Memorial Scholarship was established on April 16, 2004.  The purpose is to provide an annual scholarship to dependent children of Connecticut Army National Guard members, to honor the memory of SGT Felix M. Del Greco, Jr., who was killed in action in Iraq on April 9, 2004.  He was the first member of the Connecticut National Guard to die in Iraq.

Felix was born on July 18, 1981 to Felix M. Del Greco, Sr., and Claire Del Greco.  A lifelong resident of Simsbury, he graduated from Simsbury High School in 1999.  Felix was active in many school activities to include playing trumpet in the jazz band and working as part of the backstage technical crew on school plays and performances.  He was also a Boy Scout, achieving the rank of Eagle Scout, of which he was very proud.

As a teen, Felix always had an interest in the military and enlisted in the Connecticut Army National Guard on March 30, 1999, while still in high school.  He joined Headquarters Company, 242d Engineer Battalion, and shipped to Basic Training in June 1999.

In January 2001 Felix transferred to Company B, 1st Battalion, 102d Infantry where he volunteered to deploy to Bosnia on a peacekeeping mission.  While serving in Bosnia for six months, he earned the distinction of Soldier of the Rotation amongst over 10,000 multi-national forces.  He returned from Bosnia in March 2002.

In April 2003, SGT Del Greco volunteered to deploy again, this time in support of Operation Nobel Eagle III as part of the homeland defense ordered by President Bush.  He was stationed at the United States Military Academy, West Point, NY.

The unit arrived in Kuwait in March 2004 and began patrolling in Baghdad, Iraq in April.  SGT Felix Del Greco was killed on April 9, 2004 when his vehicle was struck by a roadside bomb and gunfire.